Cannabis shoppers like to make the most of their trip to the dispensary.

Cannabis shoppers like to make the most of their trip to the dispensary and they are buying multiple items, according to a new report by Headset IO, a cannabis analytics firm based in Seattle, Washington.

Just like any other retailer, the cannabis consumer usually heads to the dispensary with a specific product in mind. Headset calls this the “trip driver” product and that is usually “flower,” traditional marijuana buds. Vape pens and concentrates are also becoming single basket items and trip drivers.

Then impulse buying takes over and the shopper ends up throwing more products in the basket. These added products are called “passengers” and beverages are becoming the top impulse buy in dispensaries. “Baskets containing more than one product made up 41% of baskets and 60% of sales in 2017 in Washington state. Clearly consumers aren’t just coming to cannabis retailers for a gram of flower and a pipe anymore,” the report stated. Beverages are rarely in a single product basket, but Headset found that 70% of the times it was included in a basket full of cannabis-related items. Most cannabis consumers prefer to smoke their marijuana, which is a more traditional method, followed by edibles. Coffee and tea drinks just don’t seem like pot to many consumers. 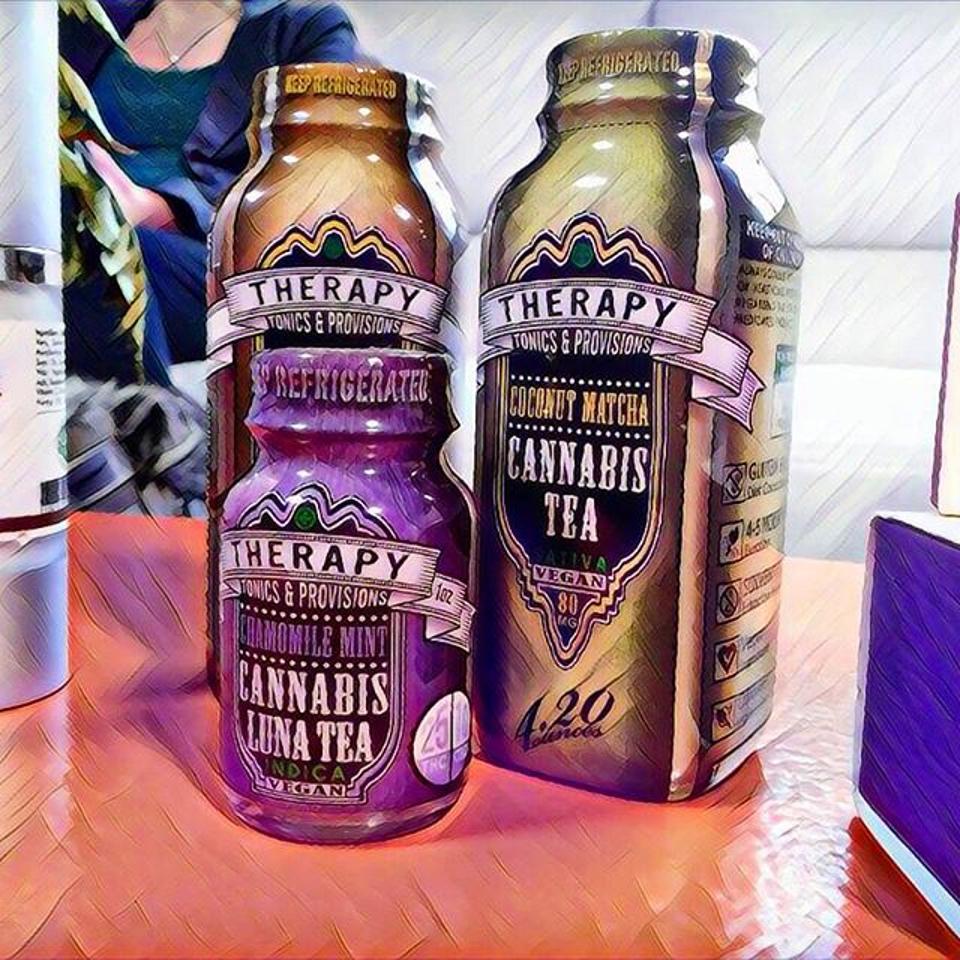 “You have to twist people’s perspective to a new way of medicating,” said Chris Coggan, Chief Executive Officer of San Diego-based Therapy Tonics & Provisions. “It’s definitely one of our biggest challenges.” The company makes cannabis-infused coffee and tea bottled beverages. Coggan believes the early cannabis beverage business got off to a bad start with awful tasting drinks. After a quick pop during the early days of cannabis beverages sales started to decline, but he believes that is changing. “One of the things we pride ourselves on is that you don’t taste the cannabis and it doesn’t leave a bad taste in your mouth like other products,” Coggan said.

Budtenders — think the dispensary version to the Apple Store Geniuses — can also suggest a purchase. They will listen as the customer describes what they are looking to buy, whether it’s a medical or recreational product, and then make recommendations. When the customer ends up buying more than the one item they came in for, that’s a good old-fashioned retail upsell.

“Budtenders hold the keys to the kingdom for both brand success and consumer safety and satisfaction,” said Lena Davidson, Market Relations at Botanica Seattle, a Washington state edibles company. “When we have an opportunity to train budtenders on Botanica’s products and process we see an upward shift in the sell-through of our products at that particular store.”

A really good budtender could also be the difference in a store’s basket size. The Headset report also found that it wasn’t necessarily the big stores that had higher basket sizes, but instead the small to medium size store. Headset believes that due to competition, the smaller stores may be providing a higher customer service touch resulting in more products in the basket.

Other popular impulse buys in the dispensary include cheese crackers and fudge. Headset says no one seems to come to the store just to buy cannabis-infused fudge, but they are likely to toss it into the basket as they wrap up their purchases. “Until cannabis is fully mainstreamed—thereby normalizing the use of edibles, capsules, tinctures, topicals, and so on—flower and pre-rolls will likely remain the dominant solo categories,” the report stated. “That said, as consumers become more familiar with some of the industry’s newer offerings, we can expect to see more multi-product baskets overall.”