The Pennsylvania Department of Health today granted 27 dispensary permits for medical marijuana dispensaries. The permittees will now have six months in which to become operational, before they can begin dispensing medical marijuana.

This has been a highly competitive process and the department received hundreds of quality applications. Once this program is fully operational, patients with serious medical conditions will have locations throughout the commonwealth where they can purchase medication to help in their treatment. We remain on track to provide medication to patients in 2018. 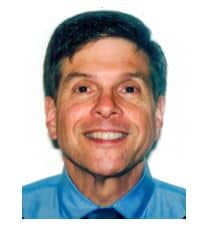 John Collins, Director of the Office of Medical Marijuana

The 27 permits were issued to:

The Office of Medical Marijuana received 457 applications: 177 for growers and processors; and 280 for dispensaries.

The Medical Marijuana Act was signed into law by Governor Tom Wolf on April 17, 2016. Since that time, the department has:

The Medical Marijuana Act became effective on May 17, 2016, and is expected to be fully implemented in early 2018. The Medical Marijuana Program will offer medical marijuana to patients who are residents of Pennsylvania and under a practitioner’s care for the treatment of a serious medical condition as defined by Act 16.